The OGP summit took place from the 6th till 9th of December in Paris. The event  involved 3000 representatives from over 70 countries. The ODINE startups Opencorporates, OpenOil and plumelabs were present at the event. In addition ODINE presented company showcases and the learnings from our ODINE programme so far. ODINE received their own session, but also were part of the open government data updates around the world. 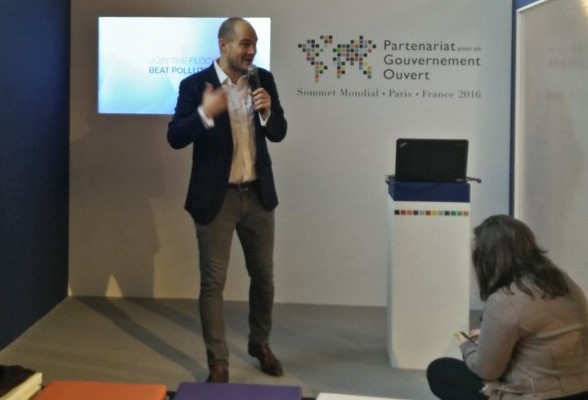 In recent months ODINE’s incubated companies have taken part in a variety of events, workshops and presentations, with several of the startups going to win awards and commendations. To read more about these successes read this short blog post.

Similarly, there have been success stories in the wider world of open data. The Open Data Institute (ODI) have recently published a summary of notable stories from open data change in government, and the launch of the Open Data Leaders Network (2014). The article firstly recaps that this project aimed to create space for individuals to lead open data initiatives within government. In 2016 the call was extended, and seven leaders were selected to front the most recent campaign. You can read more about these individuals and the project  in this blog post.

Meanwhile in the USA, the senate have passed a historic endorsement of open government data. The Open Data Government Act was supported unanimously, and has been a core priority of the Sunlight Foundation based in Washington throughout 2016. The bill requires government data assets to be published as machine-readable data in an open format that is both accessible and free. You can read more about the implementation and potential impact of this bill in this blog post.

15th December – Webinar: The present and future of the European Data Market