In recent months ODINE’s incubated companies have taken part in a variety of events, workshops and presentations, with several of the startups going on to win awards and commendations.

Exceedance have received an award from the UCC for the best spin-out. The award was mentioned in an article in Tidal Energy Today. Exceedance are a start-up who offer financial analytics software for renewables, allowing companies to build, analyse, optimise and compare financial models and technologies. The company was formed in 2008 through funding from enterprise Ireland by Dr Gordon Dalton at University College Cork. 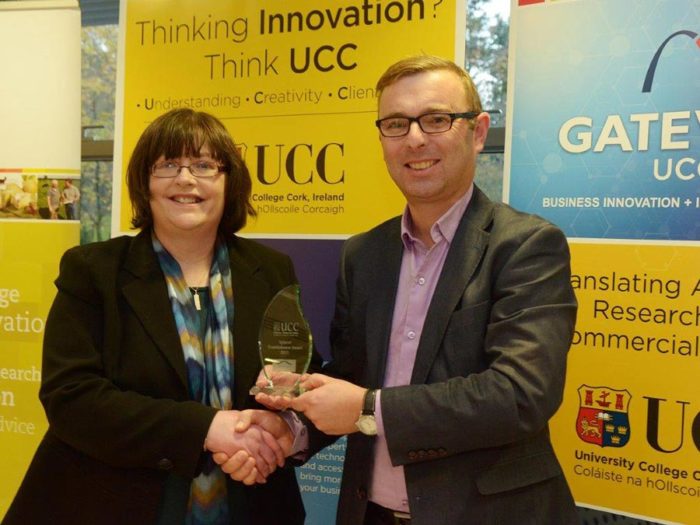 Contagt, another start-up from ODINE’s 6th cohort have been causing ripples in the data community by winning the first official Galileo Hackathon by ESA. The hackathon took place at the WhereCamp conference, Berlin, in November 2016. Contagt, pictured below, offers advanced mapping technology for large buildings, and takes building management into the 21st Century. The company was formed three years ago by university students meeting over the internet in Germany.

The company explain that the hackathon was for the new European satellite system Galileo – which was an opportunity they felt that they could not miss! Contagt took part with a small team and developed the app ‘Didactic Disco’ in just one day. The idea behind the game it is a multi-player game that allows the player to draw paths on maps through user’s movements. The shapes and colours of the paths are adjustable and flexible, meaning that a work of art can be created over time. You can read more about the event and Contagt’s winning entry here. 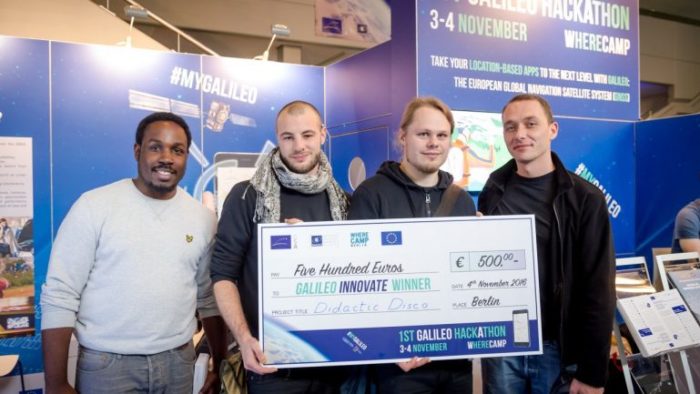 We Are Colony, from ODINE’s 5th cohort, won ‘Best Use of Visual Design’ at the 10th Drum DADI Awards. Additionally, they won ‘Best Website’ at the recent British Small Business Awards. The start-up uses exclusive content and data insights to bring movies to a global audience, and offers a streaming platform connecting content owners to fans. The company was founded in 2013, and was incubated by Zone – the UK’s leading independent digital agency.

With a plethora of commendations coming in for the ODINE startups, we look forward to the new year and what 2017 will bring to the world of open data!