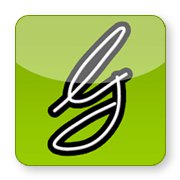 What is iBeacon Living Lab?

With the City of Amsterdam we created a large, public and open IoT testing ground starting with the Beacon Mile building the world’s first Open iBeacon and LoRa sensor network to push the development of a rapidly growing IoT economy across all public and private verticals. We extended the Living Lab throughout the city centre and it continues to grow rapidly as it generates new actionable open data and the apps and startups that benefit.

Our mission is to give the city and the citizens a way to interact in new and meaningful ways. Bigger companies like to provide top down “solutions” that make decisions. We like to create interactivity, give people choices and create new opportunities for bottom up, organic citizen participation. To maintain privacy, we make sure no personal data is stored in the iBLL.

Jonathan and Paul met in Amsterdam in 2000 and started their own creative new media company Glimworm eventually becoming leaders in the open data and IoT communities through organisations such as Appsterdam and the Waag Society. Several years later they met Katalin as a result of working on several smart city projects and the City of Amsterdam on various open source and open data projects.

Basically the idea came from our own frustration trying to get a trial for an idea we had called Park Shark Street Cam. We needed the city to provide us with public parking spaces to test in a real live environment. Eventually we got our pilot but it took so long. Later we started making Glimworm Beacons. Working more in IoT sensor devices, we really needed access to public spaces to test.

We work with the City of Amsterdam, which has funded the first two phases of the project, as well as several other public and private organisations that contribute budgets and in kind contributions in order to implement and expand the Living Lab such as IBM, JC Decaux, KPN, Amsterdam Marketing, Yenloo, Intel, Amsterdam Smart Cities and the Amsterdam University of Applied Sciences.

If you were to start again, what would you do differently?

We are quite experienced and have applied lessons from so many failures as well as successes but for some reason it still so hard to get things to move faster. We could have been stricter in applying AGILE or lean startup methodology and we are working on that but it is very difficult when you are working with such new technology.

The ODINE grant is a great validator; it shows the world that we have a great idea and an important mission. Since we have been accepted into the program, attracting new budgets, projects and partners has been easier. We have a more focused vision and a good plan to distribute the iBLL concept to other municipalities across Europe. The prestige of being part of ODI and ODINE lowers barriers and opens doors to new opportunities.

Focus, focus, focus! You want to communicate your vision in such a way that the value proposition is crystal clear so keep it simple and focus on solving problems that will create a positive social impact.

What would you say to other startups thinking of working with open data?

Make sure you are in it for the long haul. It can be frustrating and very difficult so it’s a labour of love and not for the feint hearted.

How would you encourage big business to buy into the open data movement?

We have been trying to convince large multinationals to open up their data and engage with the open data and developer communities for years. Now because of the rapidly accelerating pace of technology, they are starting to come around. The most convincing argument is that, staying closed and alone, they are too slow to innovate and roll out quickly enough to meet demand – they will miss opportunities.

How Open Data is being re-used in Europe

ODINE Startups on the Future of Open Data