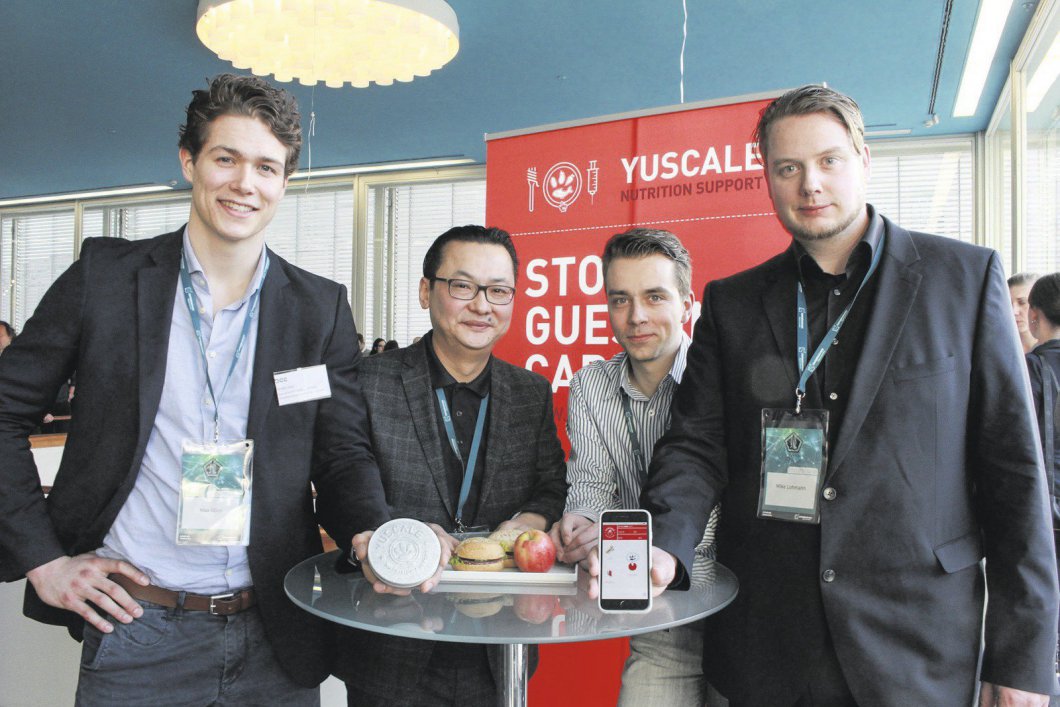 Yuscale, Bielefelder Kreutz, Mike Lohmann from Rheda-Wiedenbrück, Ingo Wüllner from Schloß Holte-Stukenbrock and Max Illies from Hamburg. Together they have developed a product that enables diabetics to determine the carbohydrate content in their food. “This information is very important because the diabetic can not reduce carbohydrates,” says Managing Director Kreutz.

All that the patient needs is the company’s coaster-sized scale developed by the company and the Fotoapp. And this is how it works: The customer places the full plate on the scale, photographs the food, determines the ingredients, eats up and then weighs the empty plate, whereupon the app determines the nutrients.

It all started three years ago – with friends on a diet. “They complained about how difficult it is to document food,” says Kreutz, first thinking about an app for diets, “but then we found that there is a large group that really needs our help.” There are no comparable results.

With the rough idea in the baggage, the company participates in the first mentoring programs, including in Finland, to advance the product. Their workplace in their home country can be found in the rooms of the Founders Foundation of the Bertelsmann Foundation. “We also had applied for the mentoring program there,” says Kreutz, “but the product was not yet sufficiently developed.”

Yuscale was more successful in the international training program “Startup Bootcamp” last November. The Bootcamp, which was established in Denmark in 2010, is an international association of sector-specific sponsors, which provides contacts to young companies.

Since 2016, the “Startup Bootcamp Digital Health” in Berlin has been supported by companies that combine the topic of health and technology, and more than 500 start-ups have applied for the first round in Berlin Jury, which includes Arvato CRM Healthcare, among others.

According to Juliane Zielonka, managing director of the “Startup Bootcamp Digital Health” in Berlin, the participants will be supported by € 15,000. “In addition, three-month coaching, six industry partners and a large network,” says Bielefelder. More than 400 young companies have supported the Bootcamp since its inception, while 79 percent of them are still active in the market, and the founders of Yuscale also benefit from the participation Our business model “, says Kreutz.

40 users are currently testing the Yuscale prototype. In order to place the product on the market, they now need one million euros from investors. At the end of the presentation, Kreutz and his team are satisfied. “We had some interesting conversations,” he says, “but the actual collection of money is only going on.”